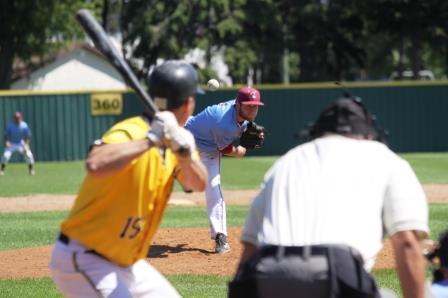 With the state tournament upon us, the season starts now for the squad that finished runner up in last year's state tourney. A lot of good work went into the regular season, ending with a solid 29-3 record and #1 ranking, but now the team is focused on the primary goal of winning its first state championship. The tournament is a 16-team single elimination round 1 followed by 8 team double elimination. The Brewers earned a top seed and will take on the Champlin LoGators (19-16) in Litchfield at 5pm this Sunday.

Dylan Deavy will get the start for the Brewers who is on a 41 inning scoreless streak and carries a 0.180 ERA into the tournament. Deavy has surrended just a single run in 50 innings pitched this season.