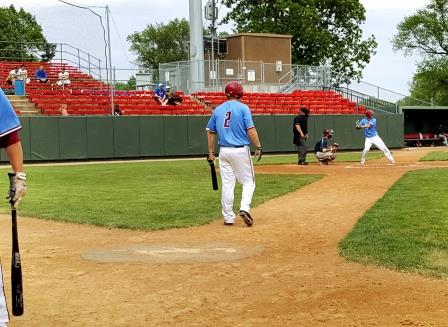 The 2016 season is officially underway as the Brewers hosted and won the Herds & Horns tournament over the weekend, defeating the Moorhead Minors 1-0, Bismarck Capitals 7-4, and a solid Jamestown Merchants squad 1-0. Pitching and defense was strong all the way through and a few clutch hits made the difference.

In 2016 the team looks forward to a challenging schedule and to continue their pursuit of a state title. The Brewers came close in 2015, finishing with a 33-7 record and a 2nd place trophy at state. Good season overall, but standards are high and nothing less than a state title will satisfy this group.

For the first time in years there is significant changes with the pitching staff. Tanner Dahl signed with the Fargo-Moorhead Redhawks and David Ernst signed with an independent club in New York. On top of that, Vic Sokolofski announced his intention to retire. Fortunately, the staff is already deep with Jason Beilke and Dylan Deavey coming off his senior year at Jamestown going 7-2 with a 2.89 ERA. New additions include Nick Tweiten (FM Expos), Parker Trewin (NDSU), Lincoln Voss (Augustana), 19-year-old Ryan Olson (Ada A's), and veteran left-hander Brook Lyter returns from an ACL. There should be plenty of arms as usual and still the possibility of a pitcher (to be named later) from NDSU.

Offensively, the Brewers lose Matt Achter (retiring) but have picked up Landon Uetz coming off an outstanding junior season with University of Jamestown (52-11), batting .377 with 15 HR's.

Next up, a good early season road trip to play some of the top teams in the state in Forest Lake, Blaine, and Sauk Rapids.